As Executive Secretary-Treasurer of EASRCC William’s duties include managing and leading the development of the organization’s policies and procedures; overseeing all of the day-to-day operations for the Council’s local unions in developing collective bargaining agreements; and organizing and expanding work opportunities for union membership.

William worked his way up through the ranks as an apprentice carpenter in the former Atlantic City Local 623 in 1989 and had the opportunity to be a part of building a large majority of the casino and infrastructure projects in Atlantic City including: Bally’s, Caesars, Harrahs and the Taj Mahal. His most notable work in the City includes the development of the $330 million-dollar Brigantine Tunnel Connector, where he served as Shop Steward for 90 carpenters.

William was hired by the organization in 1999 as a Council Representative. Since then, he has worked his way into mid-level leadership positions and served on his local’s Executive Board. In 2008, William was promoted to Organizing Director and in 2011 New Jersey Regional Manager. During his time with the organization, he has helped to oversee and facilitate two large mergers of the Empire State Council and Metropolitan Regional Council into the Northeast Regional Council of Carpenters.

Sproule serves as a Board Member on the NJ Building Authority, serving his third term, is the Vice President of the NJ State Building & Construction Trades Council and is also a member of both the Pennsylvania and New Jersey Gaming Commission. Most recently Sproule was appointed to the NJ Restart & Recovery Advisory Council by Governor Murphy and was also appointed to the Drumthwacket Foundation Board of Trustees.

William has also been involved in assisting with his son and daughter high school crew teams and as well as numerous volunteer projects over the years. In 2010, he and a large group of union carpenters – along with Vietnam Veterans of America Post 955, American Legion Post 184 and the City of Wildwood – helped to construct the replica of the Vietnam Memorial Wall in Wildwood, New Jersey. The monument, which is one-third of the size of the official Memorial in Washington D.C., is constructed of reinforced concrete and laminated with black granite panels. It displays the names of more than 58,000 service members killed in the Vietnam War. One of those panels bears the name of First LT William C. Sproule, Jr., William’s father, who was a rifle platoon leader in the Army’s 173 Airborne Brigade and was killed in action on May 10, 1968 and was posthumously awarded the Distinguished Service Cross.

William’s hobbies include spending time with his family, attending his children’s sporting events, exercise and weight training, fishing, guitar, carpentry, golf, surfing, and reading about topics such as history, labor law, politics and current local, national and world affairs. He is married and resides in Smithville with his wife, Amy, and two children, Emily and Billy. 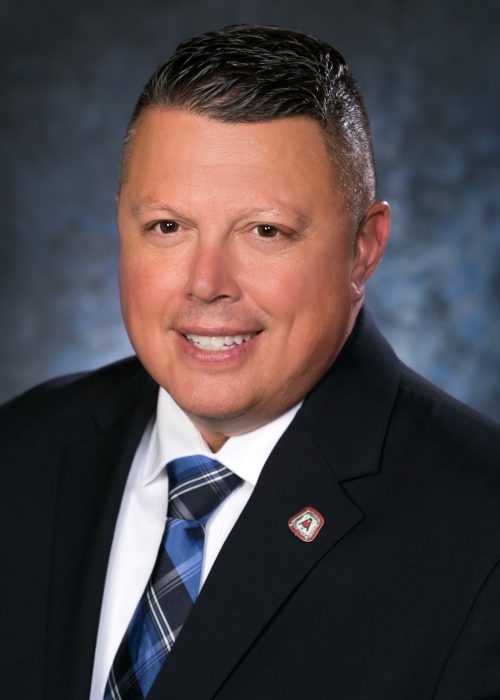