Mrs. Maisha Y. Moore earned her Bachelor of Arts degree from Cheyney University of Pennsylvania in Political Science in 2009. Since receiving her degree Mrs. Moore has devoted her career to public service. She has worked for Non-Profits in grant writing, under a US Senator with a focus on Uniform Services, Department of Veteran Affairs, Department of Corrections, Internal Revenue Service and Federal Emergency Management Agency.

For the last four years, Mrs. Moore has worked for the City of Atlantic City Municipal Government. In this role she served as the former Mayor’s Chief of Staff, where she directed the day to day operations of the Mayor’s office. She designed, implemented and managed a system that ensured the Mayor’s office was efficiently and effectively meeting the needs of the City. Mrs. Moore collaborated and guided Directors within City Hall to bring department processes and functions to current industry standards for municipal services. She also collaborated with stakeholders within the State of New Jersey to bring new direction and opportunities to the City. During this time Mrs. Moore had the opportunity to work alongside the Director of Planning and Development. It was in this department that she realized the potential the City holds.

Mrs. Moore is a lifelong resident of Atlantic County. Her knowledge and loyalty of the City and surrounding areas provides a deeper desire to be a part of the future and growth of the City of Atlantic City. 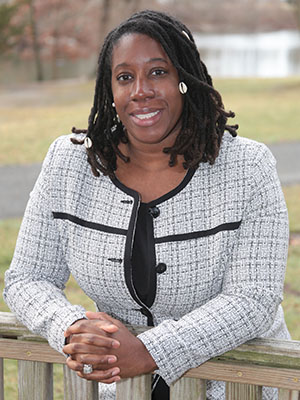