In his role as Executive Director, Mr. Doherty is responsible for creating public-private partnerships and inter-governmental agreements to encourage local growth within the Tourism District. He will be utilizing opportunities to supplement the CRDA’s financing of special events, leveraging state assets and attracting private capital to stimulate investment in brick-and-mortar projects. Mr. Doherty was recently named one of the Power 50, South Jersey’s most influential leaders by South Jersey Biz magazine.

Mr. Doherty is the former Mayor of Belmar, NJ. During his tenure as Mayor, Belmar was the only town in the state of NJ to have no tax increase for 7 straight years, all while recovering and rebuilding from Superstorm Sandy. Also, Belmar generated more private economic investment during his 7 years as Mayor than in the previous 30 years.

Prior to serving as Mayor of Belmar, Mr. Doherty was a financial advisor for firms such as MetLife, MassMutual and Investors Bank. He earned his Bachelor’s Degree and Master’s Degree from Georgetown University where he was a scholarship athlete in Track & Field. 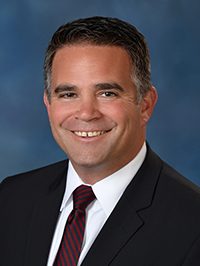